Happy New Year, lovely subscribers, and I hope that the festive season delivered all that you could hope for! My letter to Santa included sleep, gin and noise-cancelling headphones… so I suppose one out of three ain’t bad (served with plenty of ice and a twist of lime).

And so here we are in January. Traditionally the month of ambitious resolutions, goal-setting and good intentions (although we all know where those inevitably lead), the start of the year is a time for reflection and reinvention. So in the spirit of the season, my grand plans for self-improvement this January are:

Being an old gimmer, I have now completed the full bandwagon-jumping cycle of ambitious New Year’s resolution>inevitable failure>dejection>return to bad habits with a few extras thrown in for good measure one too many times. This annual exercise in futility is both moral-sapping and exhausting, and so, at the grand old age of 38, I have finally developed the self-awareness to know that I have neither the willpower nor the inclination to add anything else to my already teetering pile of things to do; particularly at this time of year, when I’d far rather be under a blanket watching Netflix and eating biscuits than spraining my ankle on a treadmill/crying over accountancy software/blowing a month’s rent on a swishy blender so that I can attempt to juice myself into immortality.

Now, that’s not to say that I don’t believe in making changes and improvements. I think that goal-setting is important, and that trying new things is fun, as well as vital to stop myself from becoming even more dull than I already am (I recently got genuinely excited by ordering new sofa covers. I’m broadly accepting of my dullness.)

I’m just fundamentally opposed to front-loading the weight of my own expectation into the first few weeks of the year, setting myself up for failure just in time for February, which is surely the most depressing month of the year (my apologies to any Aquarian/Piscean readers), and demonstrating to my kids that Mummy is bad at keeping promises – even to herself.

So this year, I’ll be spreading my resolutions evenly throughout the year, keeping them personally motivating, achievable, and unremarkable, and encouraging the boys to do the same. And while I’m obviously trying to raise saintly, self-sacrificing kids who always put others first, realistically I’m basically OK with them keeping their promises for entirely selfish reasons, if that’s what gets the job done.

For example, this Christmas, Santa was very clear in his email that clearing out their unwanted toys for donation would make space for new ones (thanks big guy!). Meanwhile, them taking on a little more housework has translated into pocket money, helping me in the kitchen equals nice stuff to eat, while tidying up the bookshelf has reduced the risk of injury under an avalanche every time they reach for a Roald Dahl – small wins that we can all appreciate.

Meanwhile, my focus this year will be on further building my business (and if you don’t already know Editors’ Ink, Hong Kong’s foremost editorial agency* then please go and check out our website and give us some love on our Facebook page), partly for the satisfaction that being my own boss gives me… but also very much because I like earning money to buy stuff with. You see? A selfish reason, but a perfectly valid one.

I also plan to do a bit more hiking and perhaps some Pilates and yoga too. Not with the ultimate aim of climbing Kilimanjaro, losing three dress sizes, or becoming a health and lifestyle guru (Namaste!) but because I really like having time on my own without anyone talking at me, and it’s always good when my back doesn’t hurt and I can bend down to touch my toes. Achievable and unremarkable goals, which means they’re not too intimidating, and so I will probably get round to doing them.

So in summary, my idea of a happy new year is:

Alternatively, if you do decide to go for the “New Year, New You” approach, make sure you post your grand plans all over social media so that your friends and family can shame you into sticking with it. Whichever you prefer. 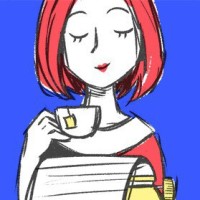