As it’s been a few weeks since we visited Bangkok, I thought I’d take a look back at my Facebook timeline on the day of our trip to Kidzania to see if I could jog my memory a little. Here’s what I wrote at the time:

“Spending the day at Kidzania Bangkok. If you’ve never been, it’s a truly Orwellian experience. Imagine a terrifying dystopian future where the world — now consisting of just one town — is run by tiny dictators, all working for multinational corporations who cynically hook them into a life of total brand servitude from the age of two. They earn “Kidzos”, a currency that exists in complete isolation, without exchange rate, that allows them to re-purchase the very goods they’ve just made. The town operates in perpetual twilight, further adding to the overall sense of menace.

Parents are relegated to bag-holding bystanders, banned from entering the workspaces (presumably so we don’t uncover whatever shadowy powers are really at work).

We are also all subject to security tagging, presumably in case any of the labour force breaks free before their designated release time. I WANT TO GO HOME NOW.”

This is the creepiest thing I have ever seen.

So, with a little distance giving some additional clarity to my little “episode”, I’m going to attempt a more balanced review of our trip to Kidzania Bangkok, in the hope that others might benefit from my earlier meltdown. 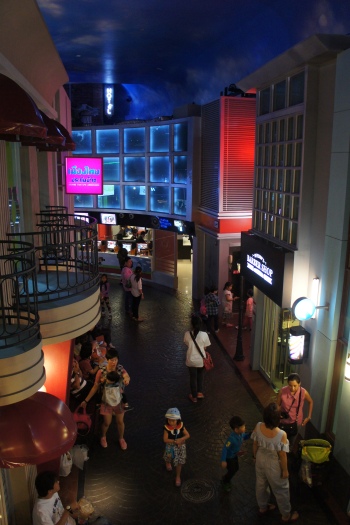 Skipping over the fact that the company’s tagline “Kidzania – Get Ready For a Better World” sounds quite a lot like a thinly-veiled threat, here’s what you need to know. The company was founded in Mexico back in 1999 and now operates in 16 locations worldwide, with over 20 more slated to open in the next couple of years. 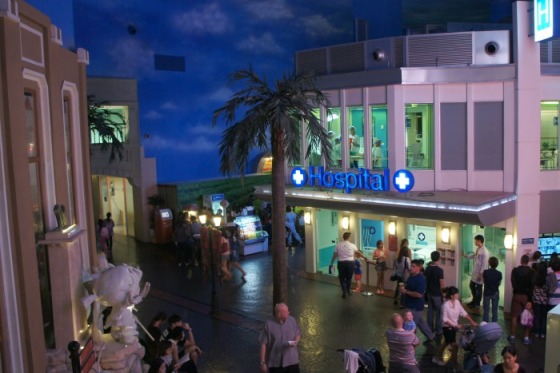 The concept is simple enough – kids get to try out “real world” jobs and earn currency that they can then spend on site. Jobs are pretty varied and include classic “when I grow up” options such as pilot, firefighter, nurse and police officer, alongside a few more unconventional choices, like sushi maker, dog groomer and bottling plant operative. 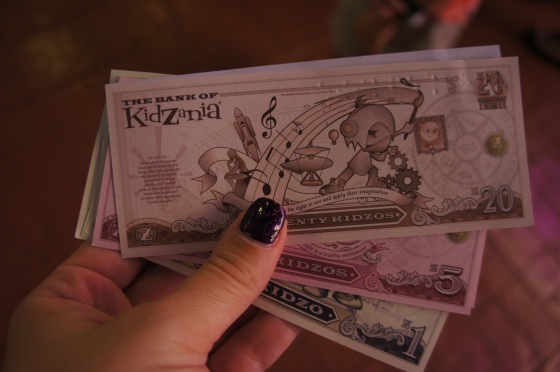 Your entry fee includes a certain amount of “Kidzos”, a paper currency that can be earned then spent, depending on chosen activity, and, as kids are security tagged on entry, parents remain entirely hands-off throughout the activities, which are small person-only affairs. While advertised as suitable for kids from four to 14, I’d say that it’s probably best suited for those up to about 10-11, kids being pretty sophisticated these days. 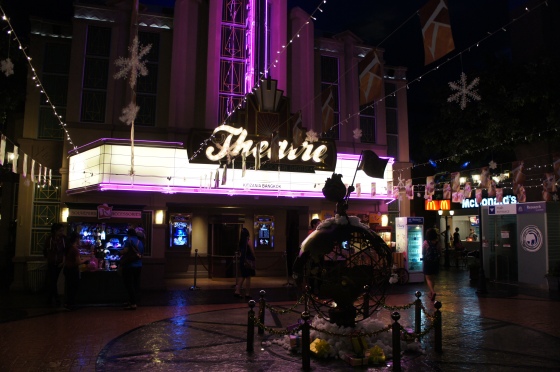 First up, this place is VAST. I mean, really, really huge. There’s no end of things for small people to do here and we spent an entire day without completing all of the tasks that Master T-T had originally set out to do. 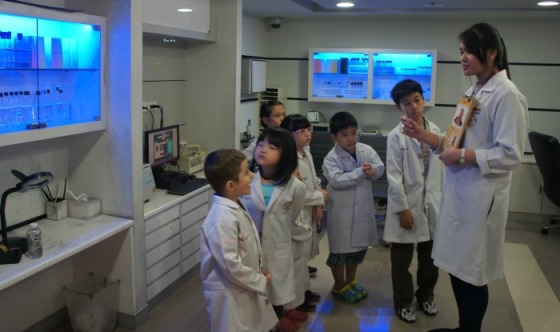 Over the course of the EIGHT (yes, really) hours we spent at Kidzania, the wee man was non-stop throughout, going from activity to activity with barely a breather. Also, the staff were really very good, properly engaging the kids, encouraging them and giving guidance where needed, but mostly hanging back and letting them get on with it for themselves. There’s a variety of different activities, meaning that you’ll definitely find something to engage pretty much any child, and there are also separate toddler areas so the littlest family members can play, away from the hoards of older children.

Sorry, THIS is the creepiest thing I’ve ever seen.

There’s no way for me to write this without sounding like a total killjoy, so here we go: I’m not a particularly “crunchy” parent, but I found the heavy-handed corporate sponsorship of Kidzania deeply unpalatable. In fact, the entire place felt like a very cynical exercise in perpetuating brand awareness in the next generation of consumers for some of the world’s largest multinationals.

Case in point – kids get to build their own burgers at – where else? – McDonalds, after which they can pop upstairs to the Coca-Cola bottling plant for some more “edutainment” before training as an insurance agent (no, really) at the Muang Thai life assurance office then hopping aboard an AirAsia flight home.

Of course, Master T-T had the best day of his entire life and had to be dragged kicking and screaming away for dinner, right past the gift shop. Which brings me to another massive bugbear – after an entire day of toiling away to earn his much-prized, counted and carefully folded Kidzos, he couldn’t afford anything at all from the (Siam Paragon-branded) department store where kids are meant to cash in their earnings as they leave. Of course, there were plenty of fancy looking toys on display – many of which Mr T-T calculated would take between three and six months of DAILY visits to afford – but my little man left sobbing, with nothing at all to show for a day of  hard work. And while I was already very much over the entire experience, I was angry for a little boy who had wholeheartedly bought into the magic of Kidzania and had, until that point, been utterly thrilled with his day.

I really struggle to recommend Kidzania as I disliked the entire concept so very much, however Master T-T had an excellent time right up until leaving, so I can’t in good faith say that you should avoid it – in fact I’m sure I’ll probably end up there again myself. I think that the majority of kids will love it, and so it’s up to you to decide how much of the Kidzania Kool-Aid you can stomach before you feel the need to break out. 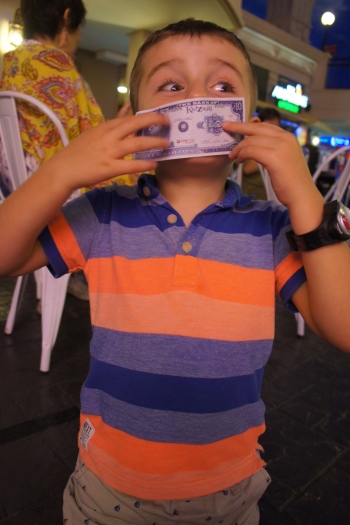